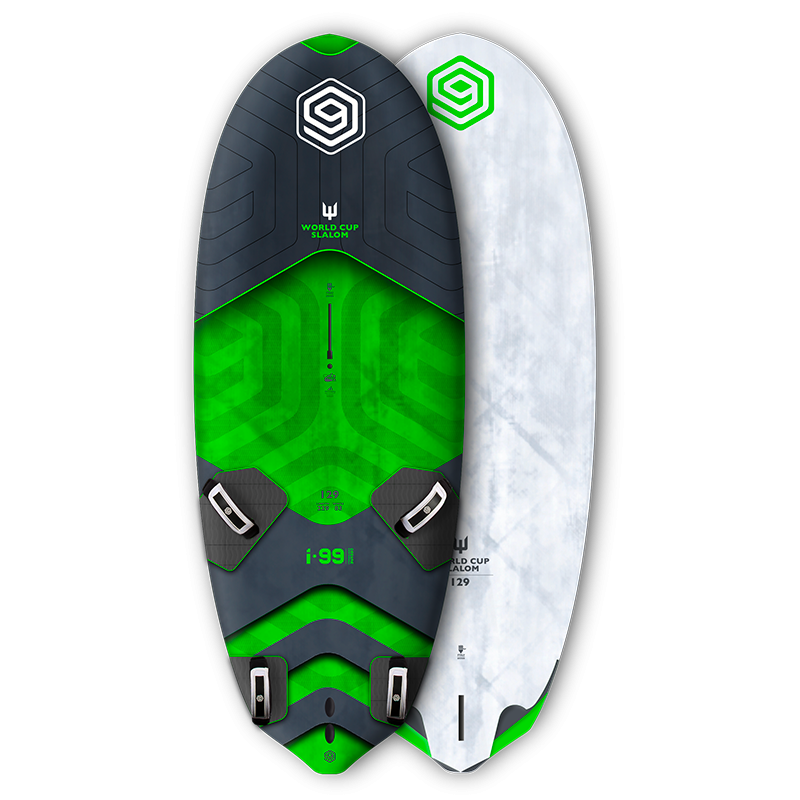 Continuous team testing revealed that how the boards are constructed (where and how much the boards ex) had almost as much influence on the performance and ‘feel’ as the actual design itself.

So considering the understanding on the performance shapes and the proven results in slalom competition 2019 from PWA to IFCA worlds (winer board), the focus of the testing team during the past winter was to test a variety of re-designed layups in all models, resulting in a range of slalom boards that were undoubtedly the best product any of the team had ever sailed!

The 2020 World Cup Slalom boards are split into three sectors: the high wind, the medium wind and the light wind. 2 models for each category that fit all the needs of our customers.